Rewind to 2004 – Memories of my first road trip in USA

It was the year 2004, and I completed 1 year of my graduation course already. As residents of Dallas, my friends (Naveen, Vinodh, Satya, Siddharth) and I decided to have a road trip to South Texas for the long weekend. Just so you know, the road trips in Texas are always long owing to the massive size of the state. We stepped out of our home on July 2 at 4:30 pm in a rented car.

We rented a Mitsubishi Lancer for the same price of a Toyoto Echo at Enterprise Cars. Wow! That was a great deal~ We started our journey with a 4-hour drive to College Station, a small college-town near Dallas. Our photography skills were put in action during our drive by taking pictures of the flyovers, road-side ranches and the traffic on circuitous roads. I had my laptop for some in-car entertainment like listening to good music, watching video songs and browsing photos – U/A certified 😉 I can’t believe I carried a bulky laptop for just that. Well… that’s what life was without smart-phones and tabs!

We reached Texas A&M University (TAMU) in College Station at 8:00 pm by simply following the map. After a long chit-chat with my friend Ajith who was studying in TAMU, we had our dinner at Cici’s Pizzeria. The University is almost 10 times the size of mine (University of Texas at Dallas). Oh my god! No wonder it is the biggest University in Texas. In-fact, we could only go around and explore half the university in a duration of 4 hours. Thanks to Ajith for accompanying us during our entire stay in College Station. May be at around 2:00 in the midnight, we had a good nap at his residence.

The next day, we started our trip to Houston at 9:00 in the morning and reached NASA at 12:00 noon as planned. It was a special feeling to spend nearly 5 hours inside NASA. We had guided tram-tours to International Space Station (ISS) where Astronauts get trained, and to the Machine-Control-Room. These 2 guided tours stole most of our time. We also watched a few documentary films that were played using simulation. I learned what it takes to be an astronaut, the purpose and performance of Mars Rover, short history & achievements of NASA, and a hint of their ongoing projects. I just realized the heights in technology that a man can create with determination. At NASA, they have a custom practice to plant an Oak tree for every astronaut who gave away his life for the mission. So, we stood still near those oak trees for a moment to maintain silence and remember those brave souls.

Galveston was our next destination in our travel plan, as it is just a 45-minute drive from NASA. We had Domino’s pizza for our late-lunch at the Galveston Beach, and we soon got into the sea to get drenched in its turbid water. We soiled our clothes with beach sand, watched the sea-gulls, and also had a running-race amidst the waves. We really had a ball of our time in Galvaston. After the sunset, we started heading to San-Antonio to celebrate America’s Independence day on July 4.

On reaching San Antonio, we were looking out for a good motel at 2:00 am late night. Our search efforts were in vain as we failed to get accommodation in any of them. So, we parked our car at Walmart’s parking lot and slept in the car that night. What an experience that was – it could be my first and the last! At 6:00 am on July 4th, we woke up from a disturbed sleep, refreshed ourselves at Walmart’s washrooms, and drove our way to visit the “Tower of Americas”. This tower is 750ft high and has a revolving restaurant at its apex. We could get a view of the entire city from the tower. There were water-fountains, flowers and greenery all around the tower, making it a good hang-out spot for the local residents. We took a stroll along the river-walk and enjoyed window-shopping at the nearby shops while admiring the greenery all along. We had our lunch (sorry, its brunch) at “What-a-Burger” and got our passes for ‘Seaworld’.

At Seaworld, our first show gave us the opportunity to witness the beauty of the park’s biggest star “Shamu, the killer whale”. We got the front few seats hoping to get completely drenched in the splash. But, Shamu splashed water at people in several other places around the pool away from us. However, the camera man at the show had captured us onto the big screen that was on display for the viewers. The whale performed few good stunts like flying out of the water, carrying men on its back, and posing in front of the audience. We continued to attend a few more shows such as ‘Rockin Ski Party’ that demonstrated various ski stunts, ‘Viva’ – White whale and dolphin show, ‘Fools with tools’ – seals and sealions show, and Riptide – athletic and fast paced show. All the shows were very exclusive, unique and admirable.

We also joined various water rides such as Texas Splashdown and Water lagoon. At 9:30 in the night, we watched some spectacular fireworks to celebrate the Independence Day of America and concluded with a special 4D film. Hmmm! Guessing what could be a 4D film. It’s all about experiencing the effects of a 3D film with a water splasher, a blower and a vibrator attached to every seat in the theater. For some special effects such as a water splash in the movie, water was really sprayed onto our faces by water sprinklers attached to the seats in front of us. Likewise, air will be blown or vibration will be given at appropriate times while watching the movie.

At 11:00 pm, we had our dinner on our way back to Dallas and we reached home on July 5th morning. It was a memorable trip as it was my first road trip in US. We all felt contended with our visit to College Station on Friday, followed by Houston & Galveston on Saturday, and looped in San Antonio on Sunday. 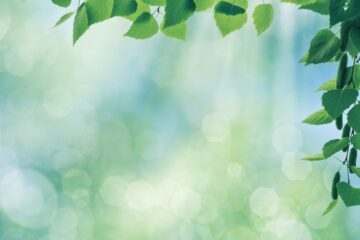 Sound practices such as “Refuse, Reduce, Reuse, and Recycle” are difficult to put into action at the weddings, since they are often considered as highly consumptive events. Faced with a big question “How to make Read more… 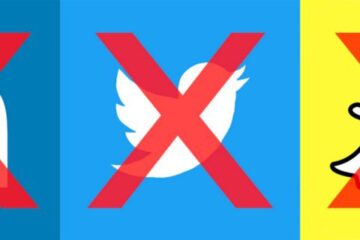 The day I realized the non-importance of social media

There is a better way to spend time... beyond social media interactions. Let's grow beyond scratching the surface of the internet.

You become what you think. True story!

It was the year 1997, I completed my 10th class board exams and my holidays had just begun. I was sure of securing a good score, and I reserved my place in the computer science Read more…